Shelley set up Shelley Norton Stage School and Management along with the Community Interest Company The Talent Shack on Penarth Road, Cardiff 5 years ago.

Originally from Penarth, Shelley went to London’s Rose Bruford college to train as an actress and worked professionally for 10 years. She is best known as Mandy from Satellite City, BBC Wales’ BAFTA award winning sit com. She worked on the series for the full 3 years it ran, it was her first job out of Drama School.

After living in London, LA and Australia, Shelley settled back in Penarth 15 years ago. She lives with her partner Liam and three children, Esme 16, Clem, 12 and Maude, 2 and a half.

What would you say to your younger self?

You’ll never be as young as you are now so just go for it and don’t worry.

Don’t take praise too seriously and you won’t take the criticism to heart.

You have to do something for 10 years or a 100 times (which ever is longer) before you start to be recognised or considered an expert in that field.  So keep going and you’ll get there.

Do what you love and you’ll find others who love it too.

Do you have a motto or mantra?

I had a difficult year in 2015 with the break up of my marriage and a business partnership and found myself watching videos online of ‘inspirational’ speakers or personal coaches. They were mainly over the top Americans and I found them amusing more than anything else! But there has been one phrase used by Michael Gebbens that’s really stuck with me and that’s “Mass Imperfect Action” I love it and say it to myself many times a day. We can get stuck in our heads, worrying what people will think or what may go wrong but when you focus on the action rather than what people may think afterwards you really free yourself up to just get on with what you love doing. It’s not about being perfect or waiting til the perfect moment to do something. It’s about getting on with it and making stuff happen. Some stuff will fail, some stuff will succeed and some stuff will be meh. But that’s ok. Do it and move on having learnt from doing it.

Frida Kahlo, my mum, and all the amazing families I meet at The Talent Shack every day. I love seeing people’s eyes light up when they see the space we’ve created and then for them to see their children perform – it’s amazing to facilitate that experience!

My mum, Lorraine Barrett, has supported me in bringing up 3 children and running multiple businesses by always being there, and being like another version of me!  She’s always got an opinion but is never judgemental and has never discouraged me or told me not to do something.  I know she’ll be there whatever the outcome, cheering me on and feeding everyone along the way. There’s no way I could do all I do without her there to help me; she is a huge part of my success.

I’ve seen my mum reinvent herself throughout my life from stay at home mum to PA to Alun Michael MP to an elected Assembly Member and now in so called retirement, a Humanist Celebrant. I grew up seeing her follow her passion for politics and the Labour Party and that determination through tough times and standing up for what you believe in has definitely rubbed off on me.

I reinvented myself as a DJ after I turned 40. Just as a hobby and only playing records; no mixing or scratching or anything like that! My partner, Liam, was booked by my dad (I didn’t know Liam then) to DJ for my 40th birthday party and I had such a good night I asked Liam if he would run a night with me and from that we started Penarth Soul Club at Penarth Ex Servicemen’s Club. That was 6 years ago and now we have Maude together and the night is still going strong. It’s mad. But following through on ideas, doing things because you enjoy them and letting other people get involved and take the reins alongside you means you can achieve so much without really realising it.

I doubt I’ll ever get rich doing what I do but I’m happy and satisfied with what I’m achieving so that’s fine by me. 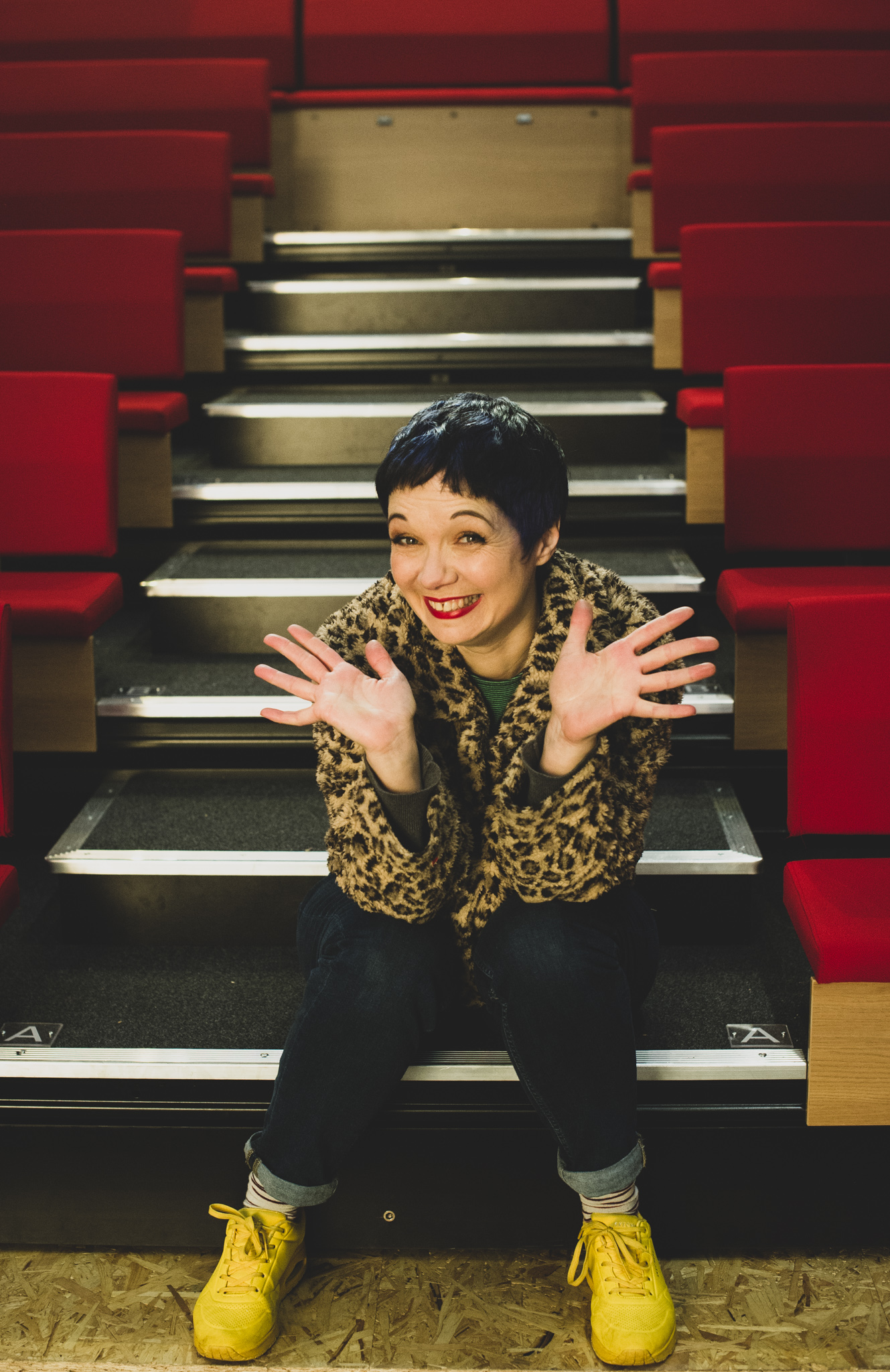 Special Offers
Media & Gallery
Read Our Blog
Book Online
Guy Christian Salons
We use cookies to ensure that we give you the best experience on our website. If you continue to use this site we will assume that you are happy with it.Ok